West Devon Netball applied to Netball South West for the NSW Community Grant to support our project of increasing participation within West Devon during and after the Netball World Cup.

We ran three Netball sessions that were free to players looking to either get back into Netball or try Netball for the first time. Over the course of the project we had over 70 adult woman sign up to the sessions. In week 2 we saw over 50 people attending the session. This large number of eager players was no trouble for our brilliant coaches Gaynor & Nicky.

The participants all commented on how much fun they had and how well run the sessions were and with over 95% of them wanting to continue Netball in some capacity, we’re classifying this project as a huge success.

We have now successfully launched a new ‘Back To Netball’ session off the back of players wanting to continue and have already formed one new team who will be entering the West Devon League in September.

We’d like to take this opportunity to thank all of our volunteers who helped deliver the project along with Netball South West for their support. 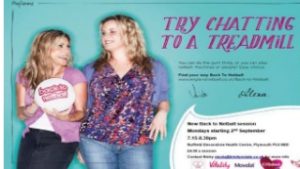 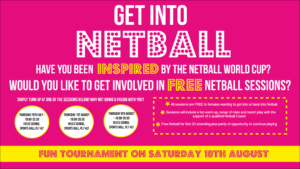